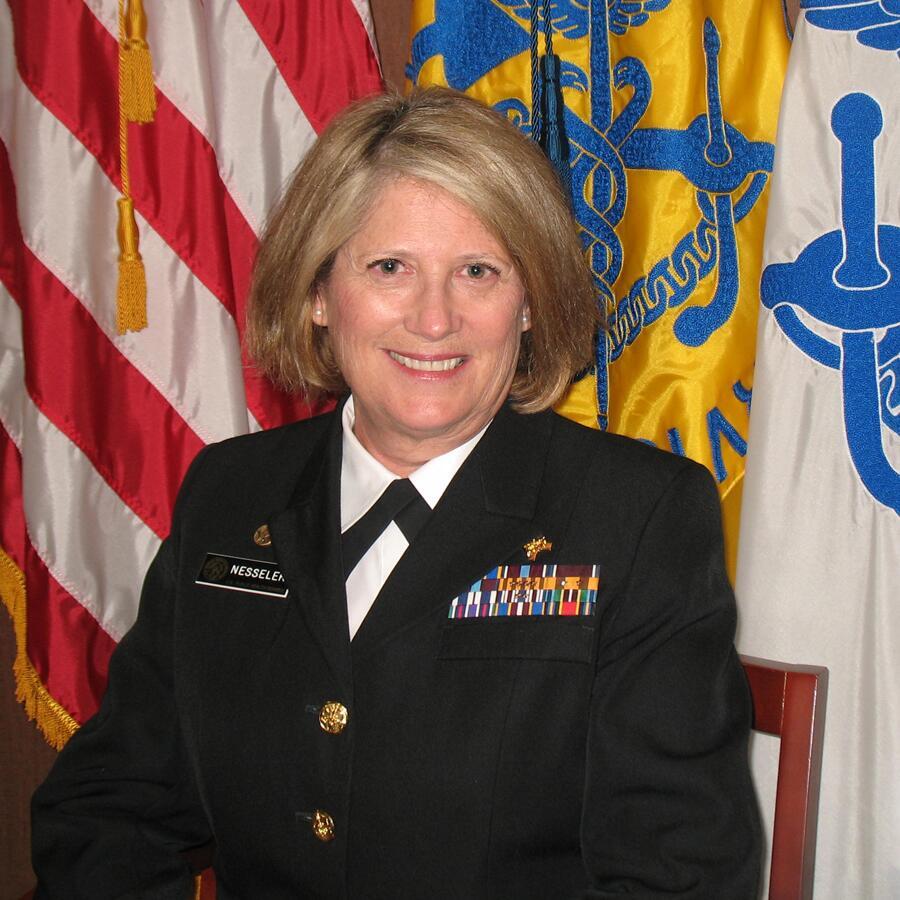 Rear Admiral Kerry Paige Nesseler was appointed Director of the Office of Global Health in the U.S. Department of Health and Human Services (HHS), Health Resources and Services Administration (HRSA), in May 2006. HRSA works to fill in the health care gaps for people who live outside the economic and medical mainstream. The agency uses its $10 billion annual budget (FY 2015) to expand access to quality health care for all Americans through an array of grants to state and local governments, health care providers and health professions training programs.

She also led the HRSA effort to assist in the White House Military Credentialing and Licensing Task Force, Advanced Medical Occupations, to facilitate the opportunities for Service Members, Veterans, and their families to earn civilian health professional credentials and licenses.

Rear Admiral Nesseler served a 4-year term as the United States Public Health Service (USPHS) Chief Nurse Officer from November 2009 to November 2013. As the USPHS Chief Nurse Officer, Rear Admiral Nesseler was responsible for providing leadership and coordination of the USPHS nursing professional affairs for the Office of the Surgeon General and HHS. She provided guidance and advice to the Surgeon General (SG), the Nurse Professional Advisory Committee (N-PAC), and the Nation’s nursing community on matters such as prevention, primary care, health systems strengthening, recruitment, retention, readiness and career development of USPHS nurses.

From 1992-1993, Rear Admiral Nesseler was a Nurse Epidemiologist with the Centers for Disease Control and Prevention in Atlanta, and first worked with HRSA from 1990-1992 as a Senior Project Officer/Nurse Consultant in the Bureau of Primary Health Care, HRSA Atlanta Regional Office. She began her USPHS career with the Indian Health Service in 1986 at the Fond du Lac Indian Reservation, located in Cloquet, Minnesota, as a Maternal Child Health Clinical Nurse Specialist.

For her service to women, infants, and families, she was awarded the first Lucille Woodville Memorial Award in 1989. Subsequently, she has been recognized throughout her career including awarded the SG’s Exemplary Service Medal in 2013, inducted into the American Academy of Nursing in 2015, and selected for induction into the Inaugural Alumni “Hall of Fame” from the University of Hawaii at Manoa, School of Nursing, in 2016.