What is the Federal Funding Accountability and Transparency Act?

The Federal Funding Accountability and Transparency Act (FFATA) of 2006 (Public Law 109-282) requires that OMB create a searchable, no-cost, publicly accessible website for each federal award of $30,000 or more; which includes basic information about the recipient and the project being funded.

FFATA was amended by the Government Funding Transparency Act of 2008 (Public Law 110-252) requiring recipients to report certain information about themselves and their first-tier subrecipients for awards obligated as of October 1, 2010.

Who is not a subrecipient?

A vender, dealer, distributor, merchant or other seller providing goods or services that is required for the conduct of the sponsored program.

What awards are currently affected by FFATA?

All new (i.e., HRSA’s “Type 1” awards – see next question) discretionary or nondiscretionary grants and cooperative agreements issued on or after October 1, 2010 are affected by the FFATA reporting requirements1.

What and where is the award “type” found?

The award type is a coding system used by HRSA and is the first digit of the Award Number found on your Notice of Award.

How will the awardee formally be notified if these requirements apply to their award?

Applicants are informed of the new requirements in the Funding Opportunity Announcements. Awardees are legally informed of their obligations in the Notice of Award as a “Grant Specific Term” in the “Terms and Conditions” section.

Throughout the year, HRSA provides periodic reminders regarding the FFATA reporting requirements to recipients.

Are there any other FFATA-related requirements?

The following enhances FFATA data, but applies to all applicants and awardees: Effective October 1, 2010, HHS issued a Policy Directive implementing 2 CFR Part 25, requiring all entities that plan to apply for and ultimately receive Federal grant or cooperative agreement funds from any HHS Operating Division (OPDIV) or receive subawards directly from recipients of those funds to:

Does HRSA review the information submitted in the FFATA subaward reports?

Yes. HRSA reviews the reports in FSRS.gov for flagged data on a monthly basis. HRSA is also reviewing the subaward project description information, etc. submitted in the reports at FSRS.gov and transmitted to USAspending.gov for public consumption. Further, HRSA runs a quarterly report to monitor compliance.

What are the guidelines for audits where FFATA is concerned?

Recipients of HRSA awards are expected to comply with the audit requirements of Office of Management and Budget (OMB) Circular A-133. OMB published supplemental guidelines for auditing Transparency Act compliance. To prepare for audits related to FFATA reporting, please refer to the “Part 3 -- Compliance Requirements.”

What rules apply for contracts awarded under grants?

The reporting requirements currently pertain to sub-grants awarded underneath a prime federal grant. To facilitate transparency of federal funds awarded through grants, OMB will consider future additional guidance related to the collection of sub-award data. These may include capturing information about: procurements under grants, grant awardees' costs other than sub-awards and procurements, and sub-awards under other types of federal financial assistance awards.

Prime recipients or awardees of new non-Recovery Act-funded grants and cooperative agreements awarded on or after October 1, 2010 must report on sub-awards of $30,000 or more.

Where will the prime recipient report the information?

As part of their profile in the System for Award Management (SAM), prime recipients report their own executive compensation, IF they meet all of the criteria (see below question “What information should be reported in FSRS?”). Please note that the Central Contractor Registration (CCR) transitioned to SAM on July 30, 2012.

Will any reporting be required in the Electronic Handbooks (EHBs)?

No. All FFATA reporting will be completed online via SAM.gov (prime recipient’s executive compensation, IF applicable) and FSRS.gov (subaward reporting).

What is the FAIN, and how will I use it to locate my HRSA grant award in FSRS?

When FSRS.gov asks for the Federal Award Identification Number (FAIN), refer to the HRSA Notice of Award (NoA). Effective October 1, 2018 (Fiscal Year 2019), HRSA grant numbers will be displayed without the Bureau code (i.e., the “CS” in H80CS00000) within USASpending.gov and, subsequently, in FSRS.gov. Therefore, when reporting on FY19 and future subawards in FSRS.gov, you will need to search for your grant using only the activity code and serial number. 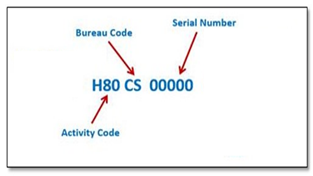 Figure 1: Grant number located in box 4b on Notice of Award (NoA).

Note: This change does not impact how your HRSA awards are identified or located within the Electronic Handbooks (EHBs).

What information should be reported in FSRS?

Prime recipients are to report the following data about subawards equal to or greater than $30,000:

The Total Compensation and Names of the top five executives, IF the prime recipient and/or the subrecipient meet ALL of the following conditions:

When should I report the subaward information?

You must submit subaward information on a rolling basis by the end of the month following the month in which the obligation was made (e.g., report an 11/7/10 obligation by 12/31/10).

The prime recipient’s executive compensation information must be provided in SAM by the end of the month following the month in which the obligation was made by HRSA, and annually thereafter during the period of support.

What website displays the FFATA-related information after the prime recipient reports in FSRS.gov?

The data entered into FSRS is transmitted daily to USASpending.gov for public access.

Do I report on subawards per obligation or disbursement, or both?

Only report on subawards per obligation. When you obligate or sign an award or contract of $30,000 or more, it’s reportable in FSRS. There is no need to report on individual disbursements or payments to the subawardee. If you make an adjustment to the subaward, you may modify your FFATA report in FSRS.

Do awards or subawards to individuals need to be reported in FSRS?

No. None of the FFATA requirements apply to an individual who applies for or receives an award as a natural person (i.e., unrelated to any business or non-profit organization they may own or operate in their name).

Are there any exemptions?

Classified information is exempt from the prime and subaward reporting requirement. The FFATA requirements do not apply to awards to an individual who applies for or receives an award as a natural person (i.e., unrelated to any business or non-profit organization he or she may own or operate in his or her name) or to awards funded by the Recovery and Reinvestment Act of 2009. Additionally, if, in the previous tax year, you had gross income, from all sources, under $300,000, you are exempt from the requirements to report.

You need to have a subaward number. This is one of the data elements auditors look for when conducting audits regarding FFATA subaward reporting.

No. The FFATA report should reflect only the HRSA award amounts that are being used to make subawards. Therefore, in this example, the reported subaward(s) should not exceed $50,000.

My organization received a grant for Capital Development. Should we consider the fees to the architectural firm or general contractors as subawards?

Yes – in this case, the award to a company who is carrying out the project would meet the following parts of the subaward definition:

I overlooked the FFATA term that was in my award letter and just found out that I need to report; however, I’m a few months behind. May I consolidate my subaward reporting into one FFATA report at FSRS.gov?

No, please don't do this. Only one report is allowed to be filed per award per report month. All subaward activity for the report’s month should be included in the report for that month (per the FSRS Data Definitions for Grants guide (PDF - 536 KB)).

I mistakenly submitted a report in FSRS. How do I delete it?

You can only delete draft reports from the system. Once a report is submitted, deletion is no longer an option.

My organization does not make subawards. Do I still need to file a report?

If you do not make subawards, you do not have to file a report via FSRS; however, you would need to address the executive compensation for your organization. Please read the criteria under the heading “b. Reporting Total Compensation of Recipient Executives” on HRSA’s FFATA webpage. If you are required to report executive compensation, you will need to do so as part of your SAM profile.

Is there an FSRS data dictionary?

Yes, the Data Definitions for Grants (PDF - 536 KB) document is located under “Technical Documentation” on the FSRS.gov Resources page.

What should I do if I’m having problems registering in FSRS?

Who handles FFATA-related questions at HRSA?

Contact us and include the HRSA grant number or FAIN (found on your Notice of Award).

Are there other FFATA resources I can use?

1 HRSA is seeking clarification on the FFATA reporting requirement as it relates to organizations that have had their grant prior to October 1, 2010.